PROJECT: We have found in the ashes what we have lost in the fire 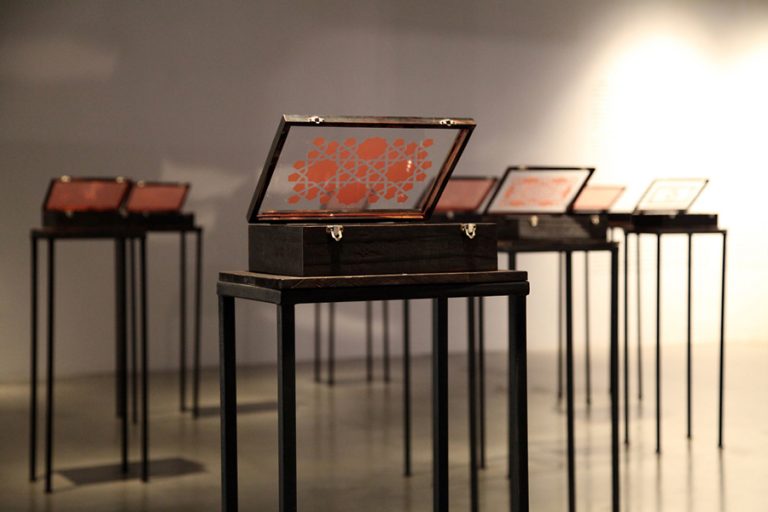 Bashiqa is a town located in northeast Mosul, a disputed territory between Kurdish and Iraqi governments. Bashiqa’s residents are Kurdish Yazidi and Shabak, Assyrian, and Arab Muslim. It is a town once known for its pickles and olive trees.

In June 2014, ISIS militia took over the town. November 2016, during the Battle of Mosul, Kurdish Peshmerga forces liberated Bashiqa from Islamic State-ISIS control. In December that year, I visited the main church in Bashiqa, which was destroyed and looted by Islamic State-ISIS. Most of Bashiqa had been destroyed during the battle against ISIS. Simply it was a ghost town, filled with waste and destroyed weapons. I wanted to record and document the main church, as the majority of the town were Christian and Yazidi, most of whom had been displaced or massacred by ISIS.

The main hall of the church appeared in chaos. I noticed through its burnt remains a number of light-boxes strewn in different places. It seemed to be they had been used as religious decorative painting on the wall. The boxes held printed paintings of Jesus Christ, before and after, Crucifixion. The iconography to me so much reflected the torn condition of the church, its town and most importantly, its people. At the back of the main hall I encountered civilian clothing for women and children, belonging to those perhaps murdered by ISIS. It was shocking and an extremely heartbreaking moment for me. In this installation I wanted to evoke the chaotic situation what I experienced in this church in Bashiqa, of what the people went through during this painful conflict.

The geometric Islamic patterns in this work refers to a particular historical period during the Muslim conquest of Spain (Al-Andalus) (711-1492) – arguably the first time when the East met the West in the context of religion and culture. With the window patterns I implemented only orange color, which refers to recent political history, as the Islamic State forces its victims to wear orange jumpsuits (a replication of Guantanamo Bay prisoners who also were given visual wearing orange uniforms whilst in detention)

This work explores unsettling similarities between the destruction, transience and renewal faced by displaced and uprooted communities globally and the built (religious) environments they are forced to leave.

ACKNOWLEDGEMENT:
This project has been assisted by the Australian Government through the Australia Council for the Arts, its arts funding and advisory body.