PROJECT: Irhal (expel), hope and the sorrow of displacement 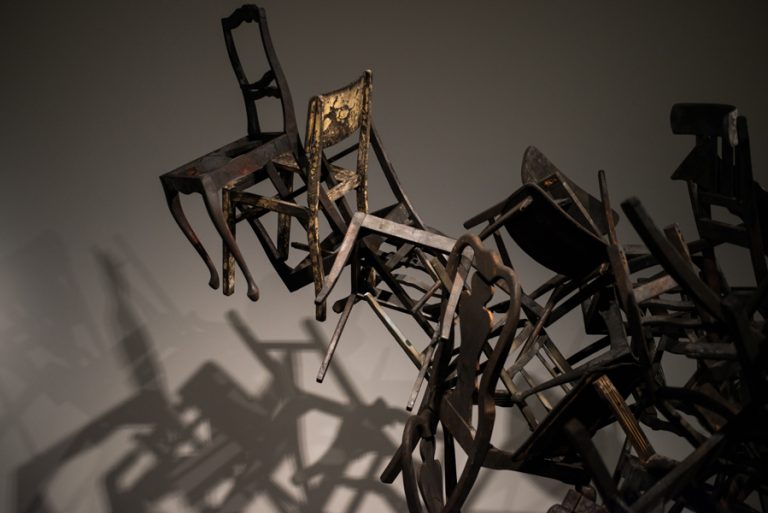 Irhal, expel, re-move, dis-place, re-place, re-figure, re-define, re-assimilate. Irhal, the burning of fear in the exodus of peoples, matter and custom; displaced and replaced, across land, air and sea. Irhal, the violent survival of culture and memory, forced afoot, dispersed and dissected, beaten and quartered. Irhal, the perceived threat to power, cordoned and quarantined, isolated and alienated. Irhal, the blackened dust of humanity lacking written record of the disenfranchised, politically impoverished, spiritually prejudiced. Irhal, the alchemical desire for a renewal of ‘home’, though forever displaced nomads, diasporically valued yet irrevocably poised, teetering between ‘there’ and ‘there’ but never quite ‘here’. Irhal, repeated, for the History of humanity continues to sanitise its historical consciousness. And thus must the embers, the charcoal, the dust of life, of carbon, persist in awakening amnesia.

Irhal (2013–ongoing) is an iterative set of expirations. Composed of wooden castaway, street-clinging refuse, these domestic chairs have been individually burned, stacked black as a crumbling, receding wall; each chair leaning precariously on the other, unhinged, a teetering set of afterthoughts – one push and they will all come crashing to dust. The floor beneath this structure is covered in the residual materiality of fire (ash and charcoal), its presence scuffled with footprints, evidence of an observer, a visible mark of an encounter with a possible alien threat. Did we embrace this exile? Did we empathise with this displacement by offering them a seat at our table? Did we acknowledge the fragility of our collective humanity?

… and yet despite all appearances, this monumental sculpture is anything but fragile, its union in precariousness an undeniable spatial mass that demands physical acknowledgement. And perhaps that is the point – irhal – what we expel does not just disappear into nothing. These once-functional objects, symbols of human nesting, are here transmogrified, their pathos spellbinding. For here is a shrine to the irrevocably displaced, whose memories are burned and stacked with little order, whose purpose and meaning has been miraculously transformed with resilience and fortitude.

This sculptural installation is inspired by Rushdi Anwar’s own experiences as a Kurdish refugee. Anwar’s embrace of exile in Australia has emboldened his need to speak to a greater public of the ongoing insanity faced by millions who are politically impoverished and forced to flee from violent social persecution. As a member of a diasporic community whose hometown endured one of the 20th century’s worst chemical massacres in 1988 during the closing of the Iran–Iraq War; who personally witnessed the ‘Rawaka’ refugee exodus of 1991, where nearly four million Kurds fled towards Turkey and Iran; whose own childhood was dotted with bullets and curfews and bunkers; whose family lineage has continually fought for sovereignty – Rushdi Anwar conjures here a testimonial object that absorbs the irhal of humanity, giving respect to the common materiality that we all share regardless of ethnicity, class or beliefs.